Cats are the most funny and cutest pet on that one can have. cats are chubby and puffy and entertain us with their soft fur and smile. This article contains 12 facts about cats. 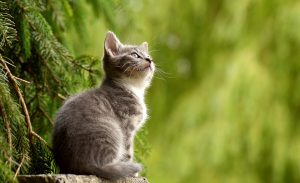 1) A group of cats is called clowder Cats have over 20 muscles that control their ears.

Cats sleep 70% of their lives.A cat has been mayor of Talkeetna, Alaska, for 15 years. His name is Stubbs and one ran for mayor of Mexico City in 2013.

In tigers and tabbies, the middle of the tongue is covered in backward-pointing spines, used for breaking off and gripping meat.

2)When cats grimace, they are usually “taste-scenting.” They have an extra organ that, with some breathing control, allows the cats to taste-sense the air.Cats can’t taste sweetness.Owning a cat can reduce the risk of stroke and heart attack by a third. world’s largest cat measured 48.5 inches long. In the 1960s, the CIA tried to turn a cat into a bonafide spy by implanting a microphone into her ear and a radio transmitter at the base of her skull. She somehow survived the surgery but got hit by a taxi on her first mission.

The technical term for “hairball” is “bezoar.”

Cats make more than 100 different sounds whereas dogs make around 10.A cat’s brain is 90% similar to a human’s — more similar than to a dog’s.

4) Cats and humans have nearly identical sections of the brain that control emotion.. A cat’s cerebral cortex (the part of the brain in charge of cognitive information processing) has 300 million neurons, compared with a dog’s 160 million.

5) Cats have a longer-term memory than dogs, especially when they learn by actually doing rather than simply seeing. 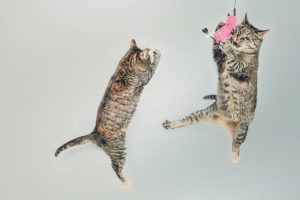 6)Basically, cats have a lower social IQ than dogs but can solve more difficult cognitive problems when they feel like it

7)It was illegal to slay cats in ancient Egypt, in large part because they provided the great service of controlling the rat population.

8)In the 15th century, Pope Innocent VIII began ordering the killing of cats, pronouncing them demonic.

9) A cat has five toes on his front paws, and four on the back, unless he’s a polydactyl.

Polydactyl cats are also referred to as “Hemingway cats” because the author was so fond of them.

10)There are 45 Hemingway cats living at the author’s former home in Key West, Fla.

11)Original kitty litter was made out of sand but it was replaced by more absorbent clay in 1948.

12)When asked if her husband had any hobbies, Mary Todd Lincoln is said to have replied “cats. Isaac Newton is credited with inventing the cat door.